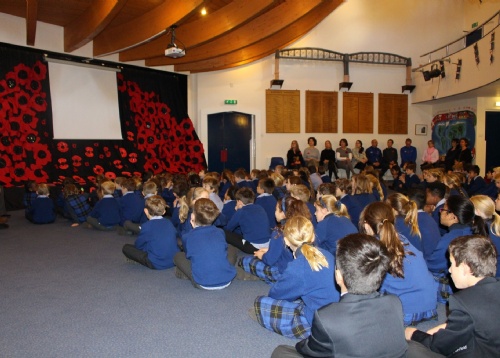 Each year, pupils and staff celebrate Remembrance Day with a special assembly with each child contributing to a display which serves as a visual reminder of the significance of the day.

This year was no exception, with the children each creating their very own poppy from felt, paper or clay. The poppies were then displayed, cascading down the school auditorium in a very poignant tribute to all those who lost their lives. Headmaster Mr Reid spoke to the children about The Battle of Passchendaele and showed them the commemorative coin which has been produced to mark the 100th anniversary of the battle.