Matters of The Heart

Matters of The Heart 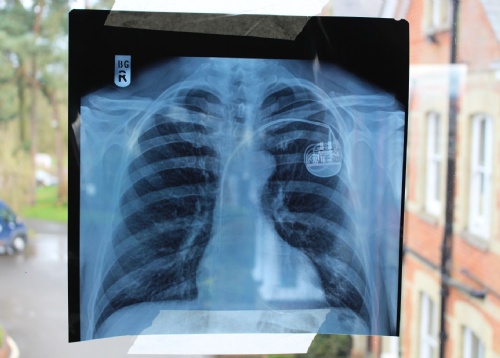 Dr Sturridge came in to school to talk to us about the heart and how to keep a healthy heart.

She also told us about a pacemaker.The first thing that Dr Sturridge spoke about was plumbing, electrics and the engine. If you were wondering what she meant by the electrics, it is the electrical messages in people’s bodies and by saying the engine, she meant the heart and the plumbing - the blood vessels going around the heart. The plumbing is very important because if there is any cholesterol in the pipes the red blood cells, the platelets and the plasma cannot go around. She also told us about pacemakers which are little metal, semi-circle shaped things with wires coming out of them and come into the heart to steady people’s heartbeat. Dr Sturridge also told us how to keep a healthy heart.  First of all you CAN’T smoke, don’t eat too much fat, don’t drink too much alcohol, do exercise, eat vegetables and fruit, limit sugar and do NOT have any bad drugs. Year 5 were very grateful to Dr Sturridge for giving up her time to speak to them.