Chinese New Year – The Year of the Rooster!

Chinese New Year – The Year of the Rooster! 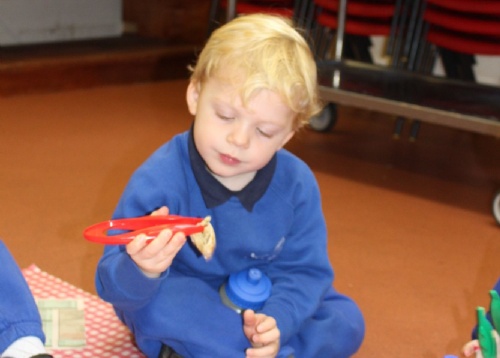 The Nursery children have had a busy week full of culture, learning all about Chinese New Year and the Year of the Rooster!

The Owlets have spent lots of time in the Chinese Restaurant role play area, dressing up in Chinese clothing and playing with dried rice. They have also been very creative in making their own Chinese dragons and dancing to lots of different Chinese music!

The Owls have had a really fascinating week. They have learned all about the year in which they were born and also had a visit from Scarlett’s mummy, Mrs Hardwick, who taught them all about Chinese New Year and how she celebrates with her family, as well as showing the children how to write and pronounce their names in Chinese. At the end of her visit, Mrs Hardwick had brought in some Chinese sweets for the children to try. They were “yummy!” The Owls children have also shown their creative sides this week by making lanterns in the classroom, and then venturing down to the woods to sculpt Roosters on to the trees in Forest School. The Owls and Owlets have worked collaboratively together this week, to create a giant dragon’s head, which they then used to dance like dragons in their Music lesson with Ms Lynch. The highlight of the week was sampling all the different types of Chinese food. On Wednesday, the children enjoyed eating sweet and sour chicken with noodles and broccoli for lunch in the dinner hall. The children also went to the Cookhouse for some food tasting; they tried noodles, rice, spring rolls, dumplings and prawn crackers and these all went down a treat!