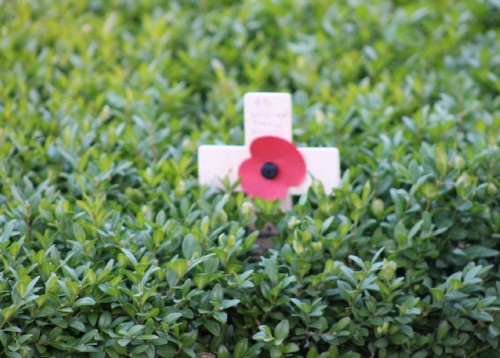 Year 2 visited Brookwood Military Cemetery to commemorate the soldiers who sacrificed their lives for their country during the First and Second World Wars.

It is the largest cemetery in the United Kingdom and is arranged in accordance with nationality.

While exploring this peaceful place we discovered a beautiful chapel in the American cemetery. Inside the chapel, the walls were inscribed with the names of American service personnel who died at sea and have no known grave.

At Brookwood Memorial, we used the cemetery register to search for and find one of the British servicemen. The children looked at the regiment, dates and ages on the headstones and concluded that many died of their injuries too young, some at the tender age of 18 and some on the 11th November 1918.

Reise placed a ceramic poppy in the centre of the Brookwood Memorial, as a symbol of respect for those who have given their lives for our country.