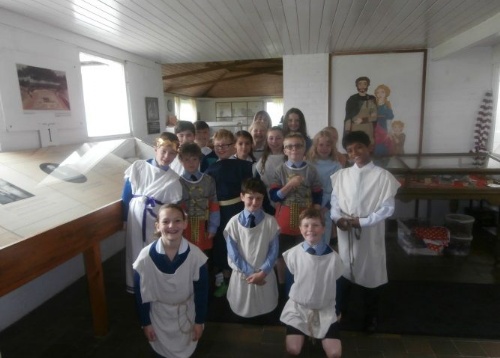 On Monday, Year 5 travelled to Petworth to see the Roman Villa at Bignor.

The children dressed up in Roman style, some as slaves, some as free men and women, some as rich landowners, some as senators and one as the Emperor. They were then shown around the villa (which means country estate or farm) and it was explained to them what each room was used for.  They saw the remains of a hypocaust and bathhouse, and some amazing mosaics.  After a delicious packed lunch, they did some activities which they might have done had they lived at the villa, such as writing in Roman letters and numerals on wax tablet, spinning wool, grinding corn and designing and sticking mosaics.